Advertising on trains and at railway stations

Home-Oferta-Advertising on trains and at railway stations

Advertising on trains and at railway stations

In 2021, over 245 million passengers used the services of Polish railways (Office of Rail Transport).Railway stations located near shopping arcades, modern platforms and the latest types of trains have become an ideal advertising space for many advertising media.Advertising on railways means flexibility in the selection of media and enormous possibilities of adjusting the campaign to marketing needs, moreover, high-quality media are located in places with the highest passenger flow.Another advantage of advertising on railways is the broad scope of the campaign, which covers both business and leisure travelers.Advertising on board trains offers many different and attractive forms of exposure. LCD screens, posters or stickers on the seats are just a few of the forms of promotion offered.In addition, advertising at stations and advertising on platforms strengthen the message and diversify the time of travellers, which undoubtedly contributes to remembering it. 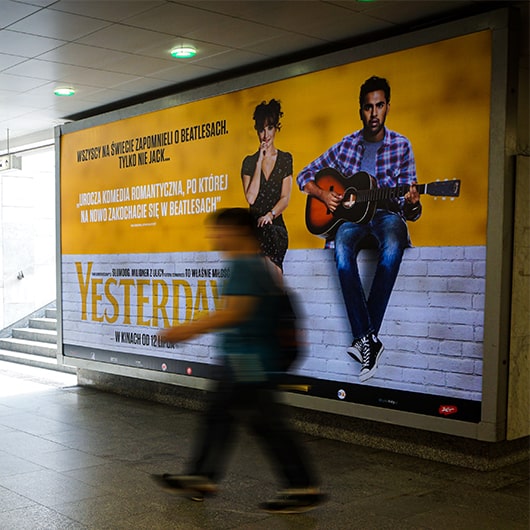 WHO IS IT FOR?

Advertising on board trains is an ideal solution if our target group is business class customers.The research shows that as many as 56% of those travelling on trains are people travelling for business purposes.In addition, the advertisement is placed at stations located in city centers and also visited by customers of shopping arcades. Advertising on trains and at stations gives the opportunity to reach an extremely diverse and multi-million audience. 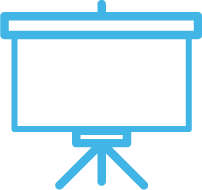 50-60% of passengers belong to the business class
WHY TO ADVERTISE ON TRAINS AND AT STATIONS?
Reaching a multi-million group of recipients
Low cost of reaching the consumer
Reaching clients of the business group
Advertising media located in places with the highest passenger flow
Flexibility in the selection of media
The possibility of adjusting the campaign in terms of territoriality

Advertising on railway brings sales growth for most companies as daily rail commuters show a higher level of interest in the advertising displayed there.

Rail passengers tend to be less television viewers. This means that the most open form of marketing among train passengers is advertising that they can find at train stations.

International companies can advertise nationwide with railroad advertising packages, while local companies can target specific stations or train routes.Checking your travel itinerary or purchased tickets and tracking your ad can help you get even more information about travel behaviour, including destinations and travel times.All this information can be used to segment recipients and tailor relevant messages to them.This means that while advertisements at train stations reach huge numbers of people, there is also a high degree of targeting. So it can be concluded that the return on investment is very large and the spending of the funds is profitable.

Railway passengers as a target group are often identified as the ideal target for many brands.As mentioned earlier, the train commuters are often high-income workers as well.These are people both looking for and having the means to purchase technological innovations, branded things or exclusive holidays, and advertisers dream of such customers.

Ads on railway are getting more creative and bolder with each passing day.Advertising at train stations and outdoor marketing is a fantastic opportunity for your brand to appear alongside famous companies. This increases the prestige and reputation of the company and its perception at local or national level.

Advertising at a train station uses empty spaces in walls, ceilings and other surfaces to place brand advertisements and communicate with consumers in a given area.

Advertising on railway can be the source for a national or local campaign.Advertising at certain train stations or regions is intended to obtain marketing information from specific geographic areas.The form of Out-Of-Home (OOH) advertising at train stations is a great way to broadcast marketing messages to a mass audience of different socio-economic and age groups.