What's new in the world? - zoom in on eco-outdoor 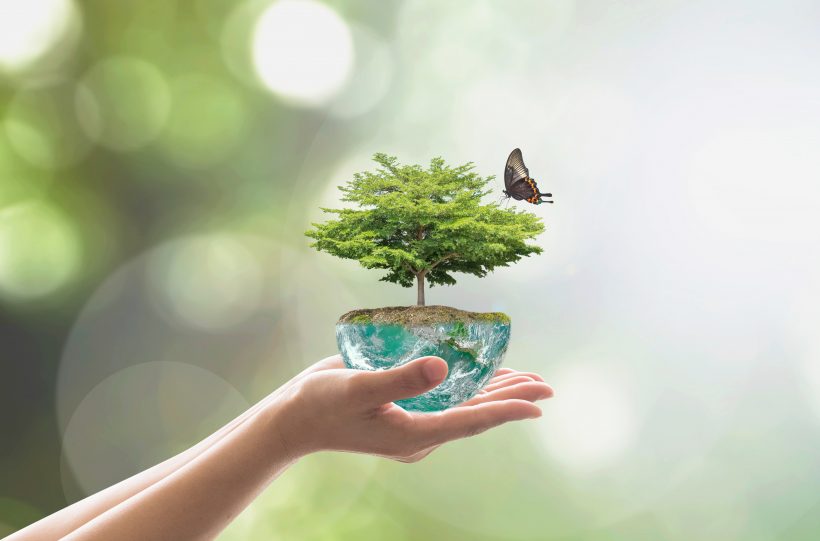 What’s new in the world? – zoom in on eco-outdoor

Recently, many global companies have focused on advertisements whose messages relate to ecology in the broadest sense. The assumptions behind such marketing efforts are several: a) to seek to change the consumer’s perception of the surrounding environment, b) to encourage “slowing down” with respect to everyday life, and c) to capture the connection between human functioning and nature, with particular emphasis on showing the benefits of green living and environmental protection.

New Zealand wine brand Stoneleigh claims to have carried out the UK’s first plant surgery. This eco-experiment took place in London’s Broadway Market and coincided with World Sauvignon Blanc Day on May 6. The aim of the 3-day marketing initiative was to encourage people to nurture their plants in a natural forest while enjoying… a glass of chilled Stoneleigh wine. Participants could bring their houseplants and the “doctors” at this green “clinic” would help “green patients” bring them back to life, teach their owners how to recognize their “ailments” and nurture them. The venture, which demonstrates Stoneleigh’s commitment to sustainability, is part of its new “It is in our nature” campaign. This fresh campaign (and literally, in terms of its date, and figuratively – as a synonym for eco action) will run across digital out-of-home channels and social media. In addition, one of the components of the “It is in our nature” campaign will be a mural inspired by nature, in the form of a hybrid of painting and natural resources. It is expected to open on May 14 in Euston Square, London. Thanks to the mural, Londoners will have the opportunity to “reconnect with nature”. Literally, because it will be possible to tear off a piece of paper from the mural, take it home and plant it at home. A true operation on a “living organism.”

Stoneleigh, which is part of Pernod Ricard UK, believes that a sustainable partnership with nature helps create exceptional Sauvignon Blanc, the UK’s leading grape variety. It has therefore committed £250,000 to biodiversity projects across New Zealand from May to 31 December 2022. 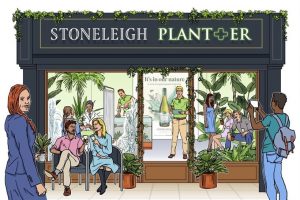 The charity Relate, in partnership with Ogilvy UK, decided to create an unusual advertising campaign to encourage people over 65 to have safe sex. According to a survey conducted by Public Wellbeing England, there is still a high rate of sexually transmitted diseases among people over the age of 65 (cases of infection in this age group in the UK are double what they were 10 years earlier). Why does the campaign seem unusual? Because it involves this demographic’s favourite pastime – gardening. Hence, garden centers in particular became the backdrop for the entire campaign. Relate created a collection of plant-themed condom packaging designs, called “Gardoms,” that resembled vegetable seed packets under the slogan “Gardening Society.”

The billboards promoting the “Gardoms” use vegetable-themed images. They are distinctive close-up-illustrations of eggplants, plums, zucchini, onions and avocados with meaningful slogans. The advertising campaign is additionally running on digital outdoor screens in partnership with Clear Channel UK.

It is worth mentioning that Relate has already worked with Ogilvy UK last year to promote the intimate lives of mature people. Last year’s campaign was a collection of intimate images shot by photographer Rankin, which boldly depicted 5 older couples and one woman in intimate situations. 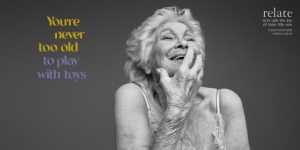 To celebrate its ‘100% Natural’ campaign, Corona has unveiled an ‘eco-sunny’ billboard. Located on the coast in Brighton, the ad is a design literally bathed in sunshine. However, to see this marketing idea in its full glory, it had to be captured at just the right moment. The unique out-of-home (OOH) design comes to life at ‘golden hour’ when the light of the setting sun falls on the leaf-decorated billboard creating shadows that convey surprise to passers-by. During the day the message seemed ordinary (not to say standard), but between 18:30 and 18:45 consumers could see a hidden message revealed by the falling rays.

Like the companies described above, Corona also believes that the best things are made by nature – from the natural ingredients used to brew the beer to the brand’s professed mission of encouraging consumers to reconnect with nature. Why was the billboard placed in Brighton? For a simple reason: Brighton was recently voted the greenest and most sustainable city in the UK.

B&Q, the UK’s leading home and garden products retailer, is launching a new brand campaign entitled ‘Change. Made easier’. The 24-tonne, six-storey revolving set, built specifically for the ad, was designed to show how easy it is to change things with B&Q. The title “Change” concerns a woman who has just found out that she is pregnant. And this is where the story close to consumers’ hearts begins – the story of life and its rapid changes. This is when B&Q comes to the rescue, whose mission is based on the guarantee that with B&Q home improvement and life building is always easy and comfortable. The project is a story of change captured in one beautiful moment, to the soundtrack of David Bowie’s “Sound and Vision”.

As an interesting aside, the commercial house was built to fit into a football stadium, as no regular studio had enough capacity (at its highest point the double-sided house was over six stories high). The final set construction was twice as big as Stanley Kubrick’s rotating spaceship in 2001. What’s more, the actors hired for the film felt the effects of gravity while shooting scenes, so their movements looked natural, including those of an actress trained in climbing. The month-long ad, scheduled to air on TV, VOD and cinema, will be strongly supported by a thought-provoking outdoor and print campaign that will appear in the coming weeks. We look forward to it!

New Zealand’s national airline Air New Zealand has released its latest video on… safety. The spot is meant to communicate the airline’s readiness to welcome visitors to New Zealand when the borders are fully opened after the pandemic and to encourage tourists to take care of the place, culture and people of New Zealand. “Tiaki Promise” (“Tiaki’s Promise”, in Italian) is the story of a young man named Tiaki who boards a waka (flying canoe) and explores Aotearoa (the name of New Zealand in the Maori language).

With the help of Air New Zealand and a character named Julie, Tiaki visits four Maori rangers: Papatūānuku (land), Tangaroa (sea), Tāne Mahuta (forest) and Ranginui (sky). He seeks advice on how best to look after them in the places he visits.

Air New Zealand’s safety videos are known around the world. They provide an opportunity to educate and inspire customers with New Zealand’s wealth and emphasise what it means to be a good host and a good guest, with an emphasis on environmental protection. Interestingly, to bring authenticity to the story, the project involved not only a storyteller from New Zealand Māori Tourism (for cultural formality), but also the New Zealand Maori Arts and Crafts Institute

and Crafts Institute (for the idea of the design and construction of the waka). The promotional campaign is extensive – the spot is shown by Air New Zealand to passengers on some international flights, the films are also broadcast throughout the terminal of the local Queenstown airport or through #tiakipromise.

“Eco-friendly” advertising fits in perfectly with recent global efforts to protect nature. The ecological revolution was started by many brands, including McDonald’s, Pepsi-Cola, Adidas, Unilever, PGE and Volkswagen. As you can see, it’s a great way to showcase eco-friendly products and processes and, most importantly, ethical brand practices. It is also an ideal tool for educating and entertaining consumers. When an original idea is used, the campaign really works, and the benefit is mutual – for the advertiser and the ad recipient.

See you around town! BEMedia