📌5 ways to promote your company in Warsaw

Home-Blog-📌5 ways to promote your company in Warsaw

📌5 ways to promote your company in Warsaw

5 ways to promote your company in Warsaw

Advertising is the leverage of trade. The saying is as old as the world and we all know it, but it contains a lot of truth, too. Advertising is responsible for the process of creating product and company awareness, arouses consumer interest, and as a result – helps in obtaining the response desired by the company, i.e. purchasing or using the services offered. How to advertise effectively in large cities such as Warsaw? Outdoor, mobile and ambient advertising – there are many possibilities. We examined 5 of them. 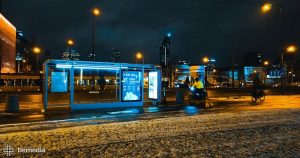 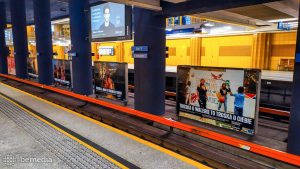 Big city, such as Warsaw, is the perfect space for outdoor campaigns. The media carriers are usually located in the main points of the city – along promenades, exit roads and the centre. There are a lot of billboards in Warsaw, but there are also LED screens. A colorful, audio-free spot (just like in the case of a static billboard) effectively catches the eye, reaching a very wide audience. However, the advantage of an advertisement displayed on LED screens is the fact that a moving image is noticed by a larger number of people. Once prepared, the spot can be displayed in many places at the same time, also on smaller media, such as LCD screens, which are located in such places as: 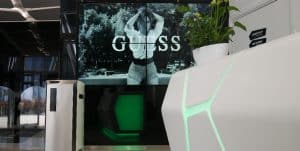 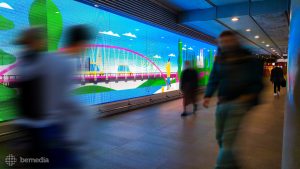 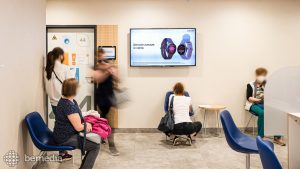 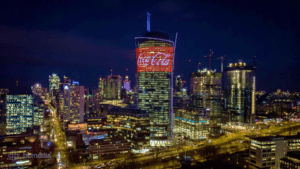 What is this? This is something that will definitely remain in your memory for a long time. Ambient, or non-standard advertising, attracts the attention of consumers with its form of message and the surprise effect it causes. In non-standard campaigns, the most important thing is the idea; the more interesting it is, the greater the chances of the recipient’s interest. If the campaign idea is really good, then there are the chances that the recipient will share information about the campaign, e.g. in social media, thanks to which the campaigns will reach a larger group of recipients.

These are wide-ranging advertisements – displayed on nationwide TV channels, printed in newspapers and available on the Internet – they reach a very wide audience, sometimes too broad to produce the desired effect. In the era of advertising that surrounds us at every step, we often become indifferent to ordinary advertising messages, often not even noticing them – we change the TV channel, and we will not spend even 3 seconds on the page printed with the advertisement in the newspaper.

Billboard, or static outdoor advertising, is addressed to a wide audience and compared to advertising in mass media, it is impossible to miss it – everyone can see it – people of different ages, interests and social status. Women, men, children, adults, drivers, passengers and pedestrians – the field of coverage is huge. 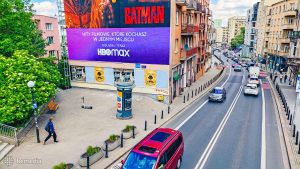 Are you looking for an advertising agency that has a wide range of activities, experience and a lot of success on the account? Check out the BE MEDIA offer!